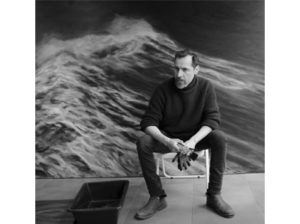 An easy way to introduce Franco Salas Borquez, a Chilean painter born in 1979 on the Chiloe Island, would be to mention some of his feats of arms. For instance, to recall that he won the Spain’s Institute of Maritime History and Culture award in 2010, or to underline that at only 33, his work is displayed not only at the Naval Museum of Madrid, but also at the Naval museum of Punta Arena, at the Yacht Club de France and the Saint-Tropez Citadel museum. Such an introduction would induce the reader to believe that Franco Salas Borquez is the newest great painter of the sea, as it is usually said. However, that categorization fails to grasp the nature of his art. Rather than a seascape painter, the demiurgic artist is, in fact, the painter of space and infinity. He is to the otherworldliness what Pierre Soulages is to the ‘beyond black’.

Still, Salas Borquez paints waves. Immeasurable, innumerable, unfathomable ones – and quite undoubtedly inimitable – given the quality of the brush stroke, their potency, their lightness and their enigmatic character. By what kind of magic can he depict the matter, the shape and the invisible simultaneously? How does he manage to revive, through his boisterous oceans, the never-ending mystery of the ‘universal abyss’ and the ‘shadow’s mouth’ that Hugo and Rimbaud wrote about? The question triggers philosophical considerations, as one can distinguish the jolts of the ‘human race’ – to use Robert Antelme’s words – in the jolts of the waves. Besides, the question is far from being answered in purely artistic terms, as the obvious stands out for itself: despite his young age – he started working with us only aged 40 – Franco Salas Borquez is a master. 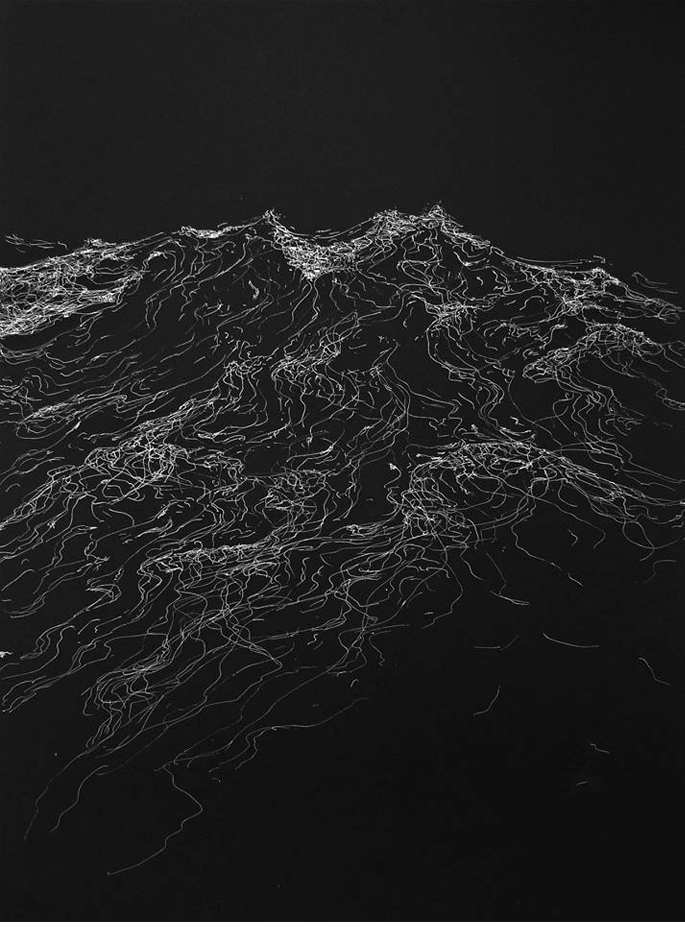 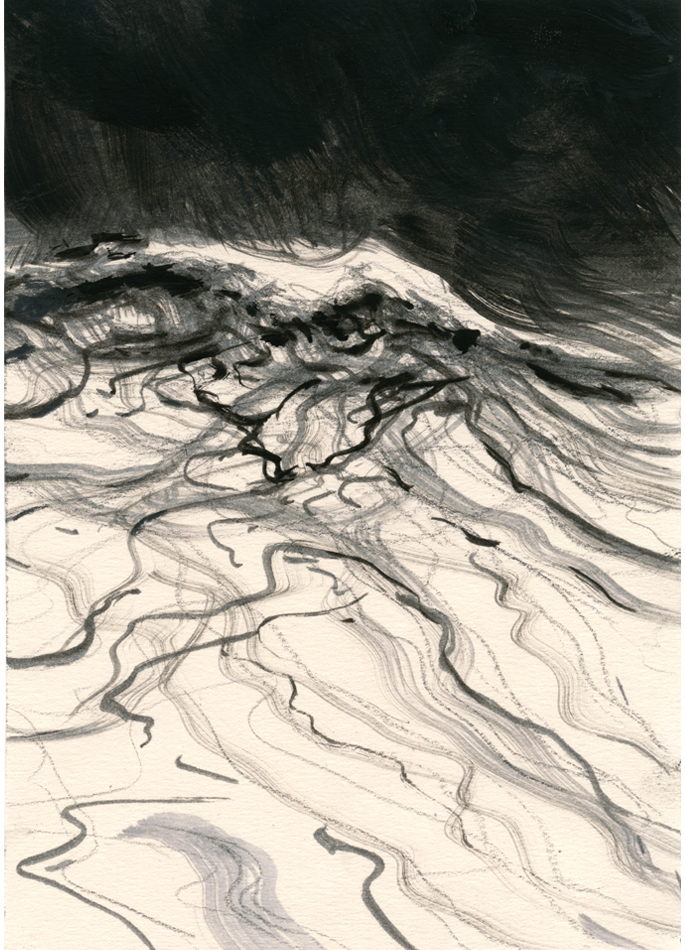 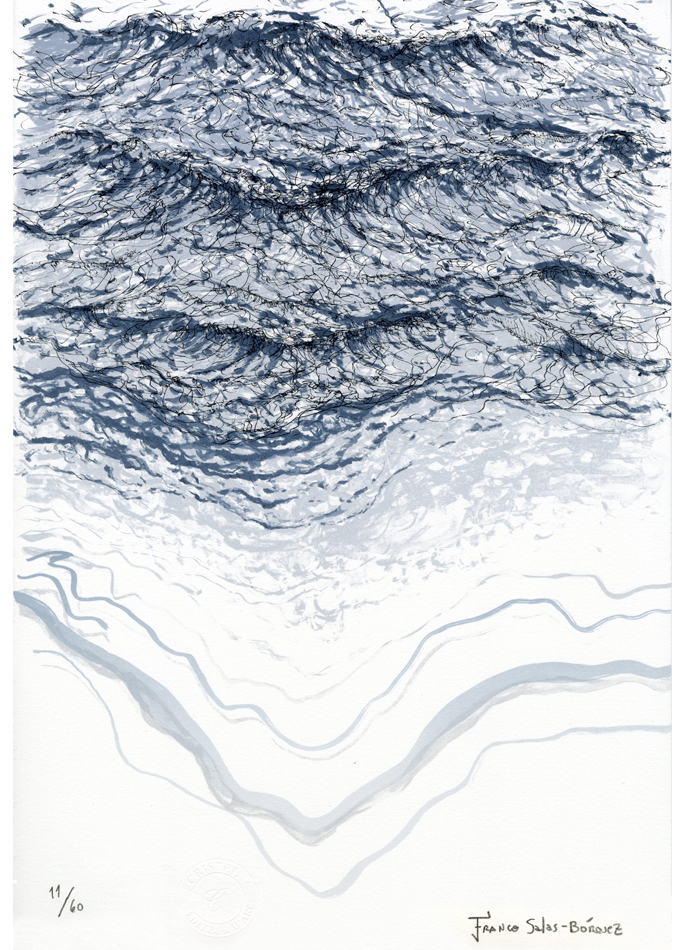 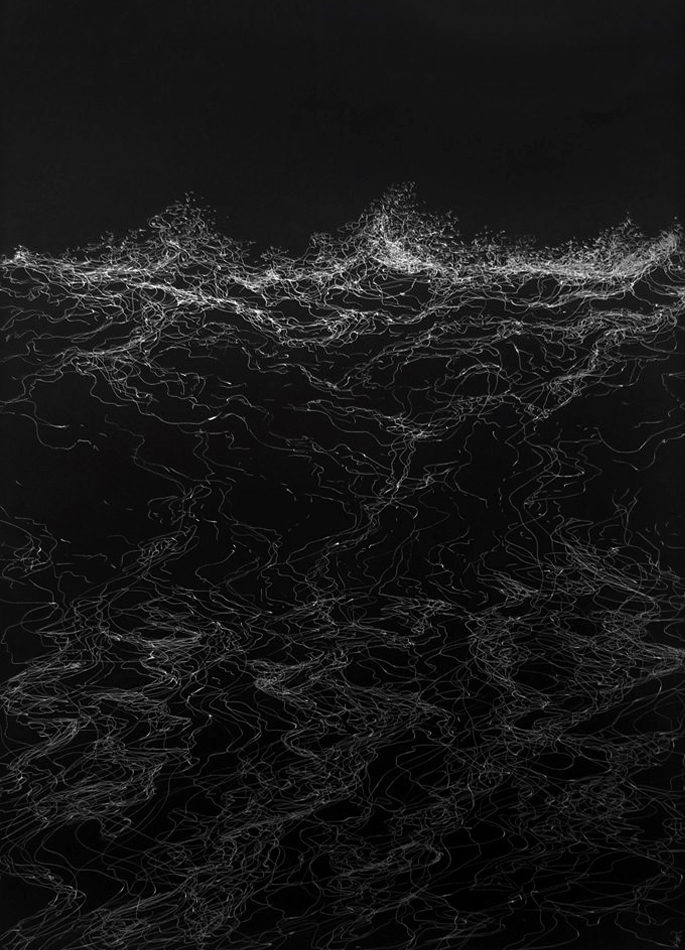 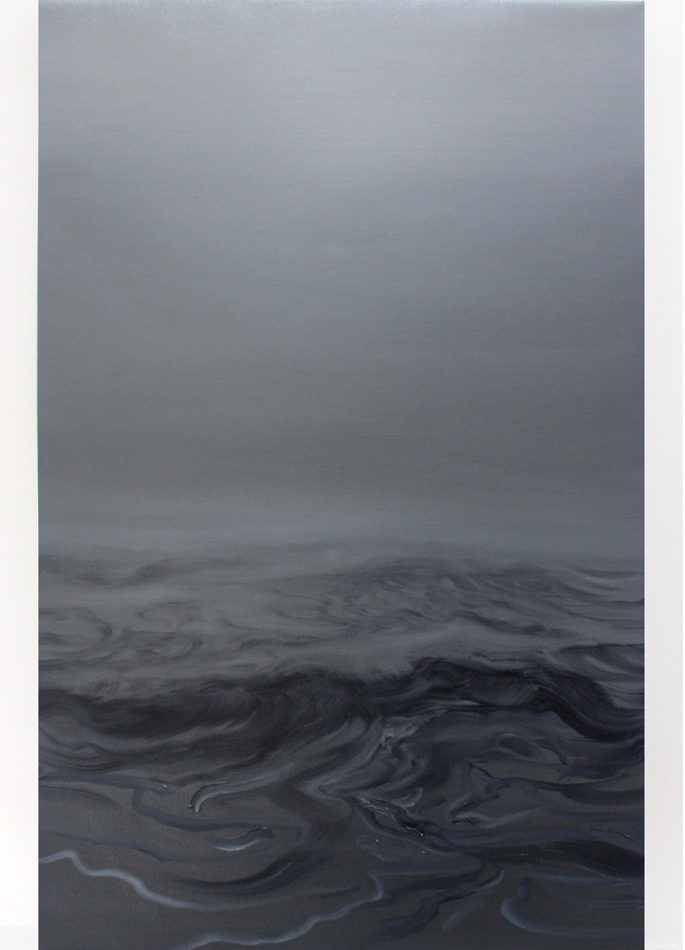 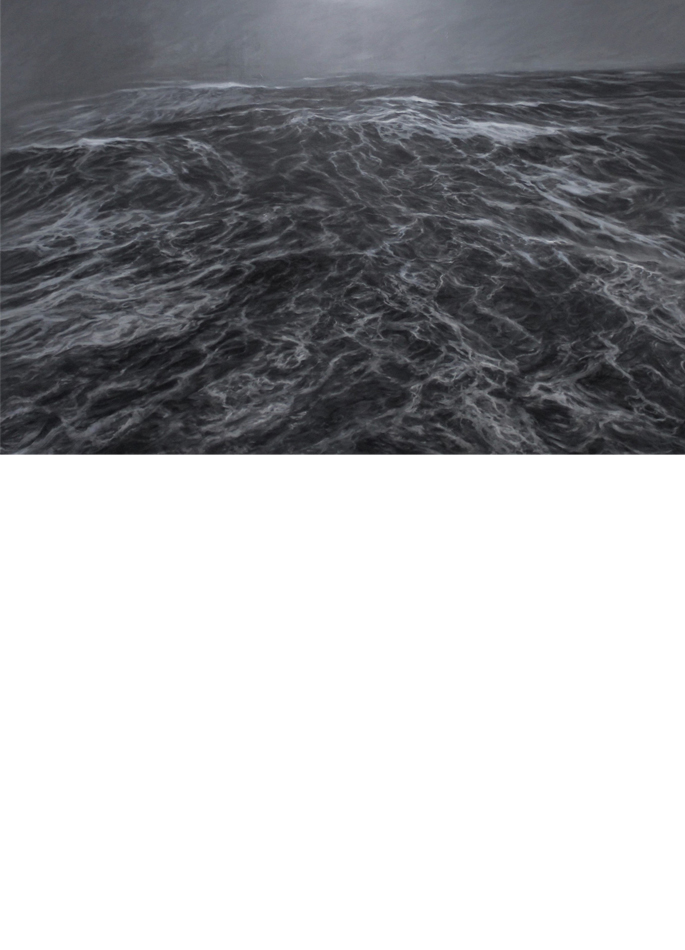 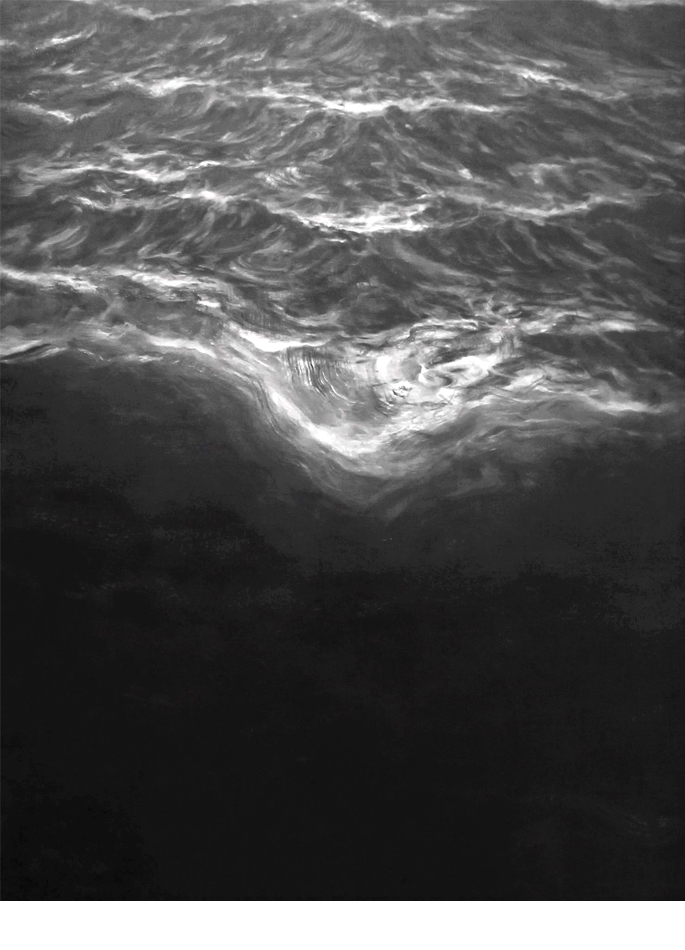 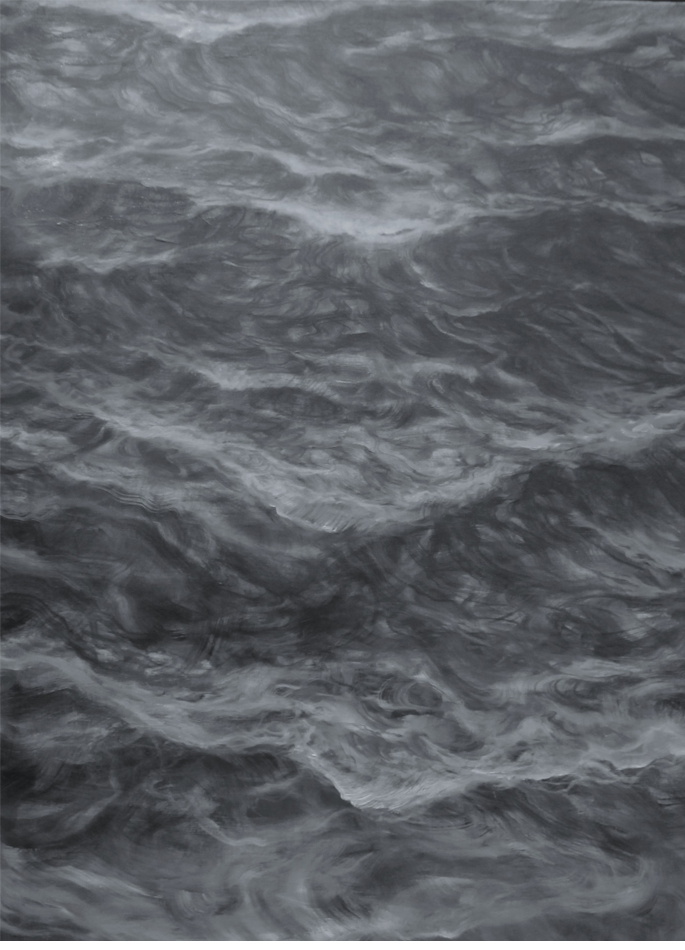 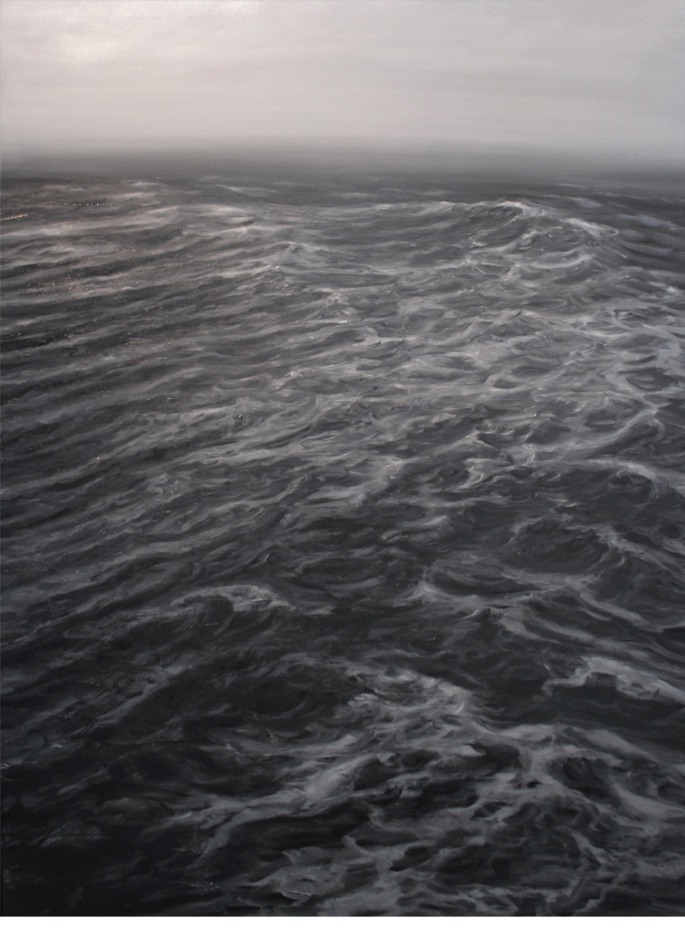 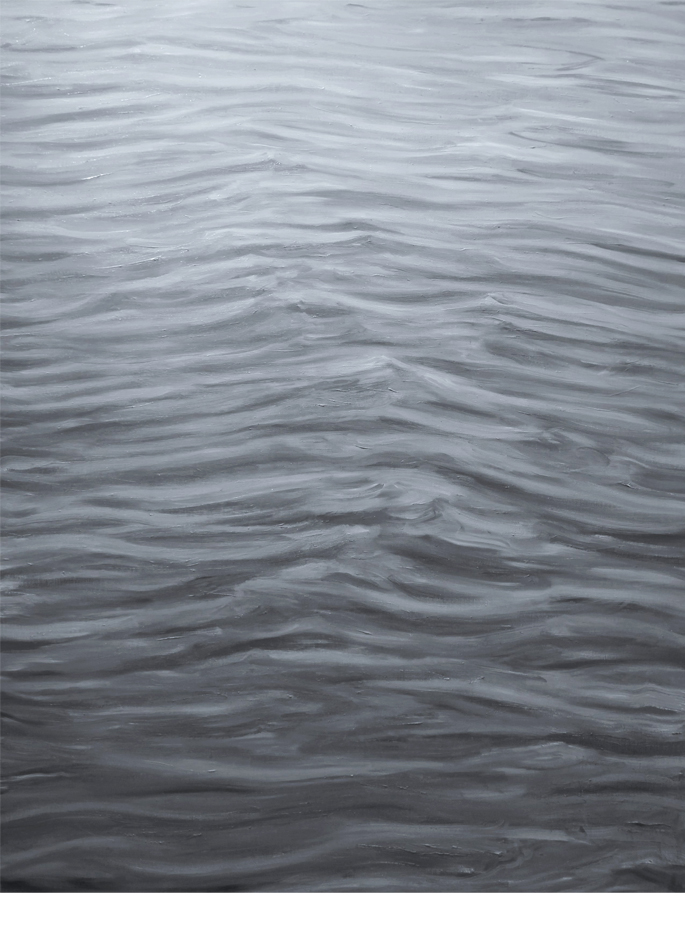 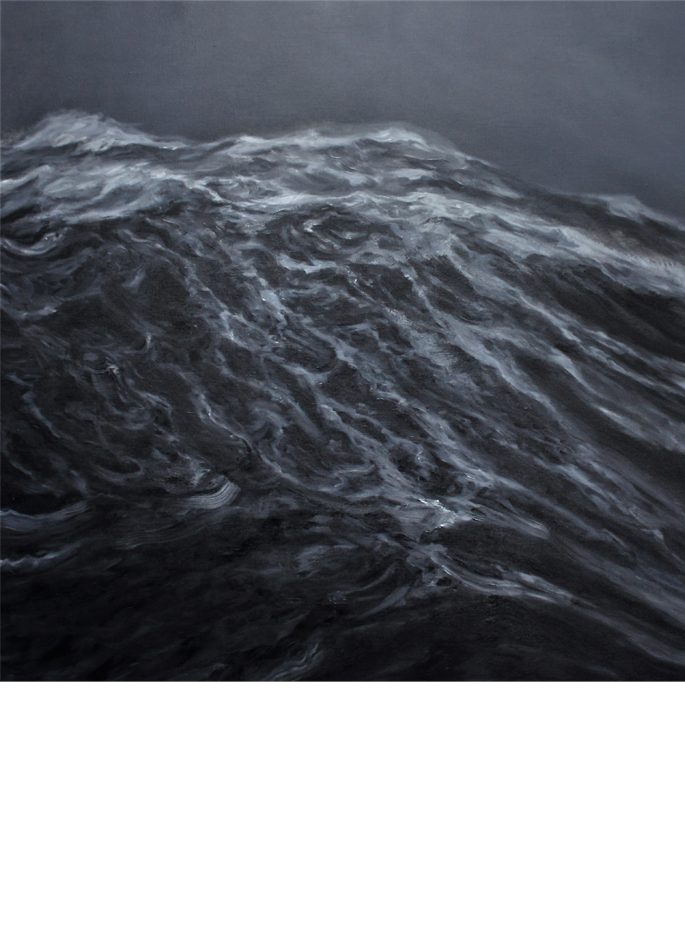 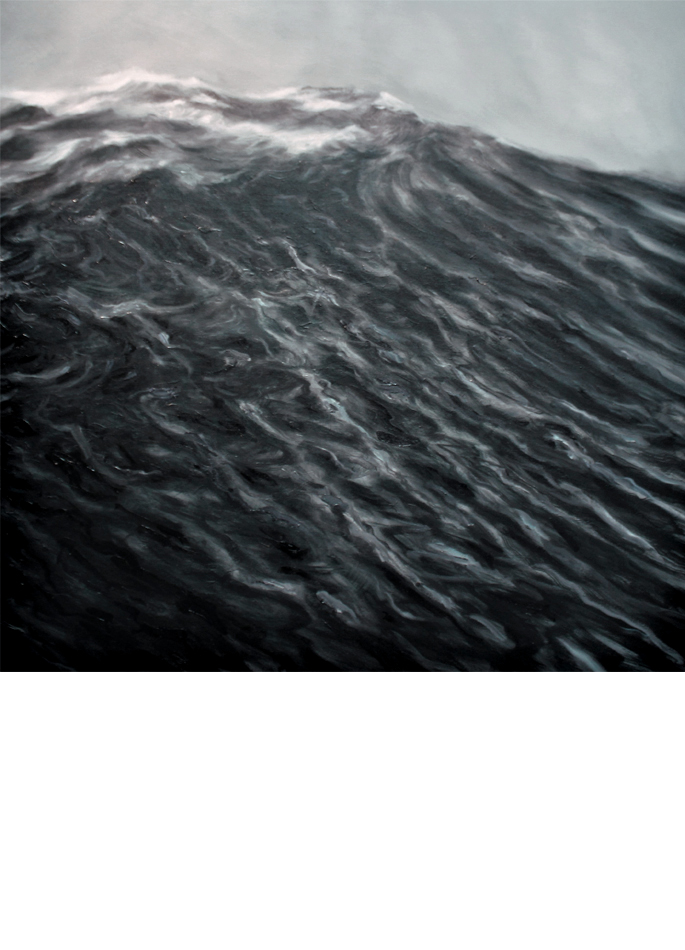 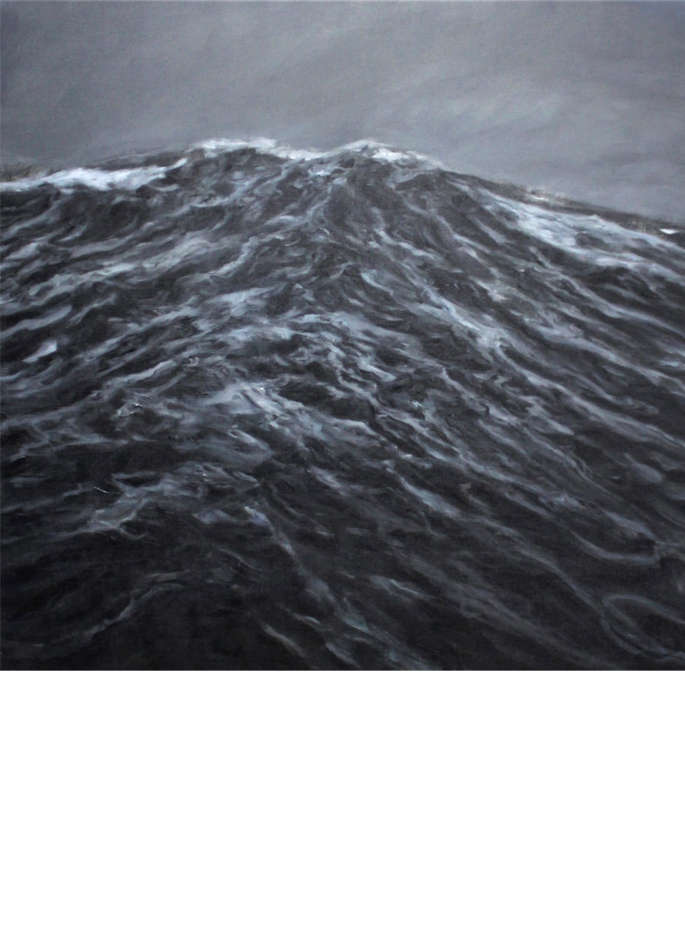 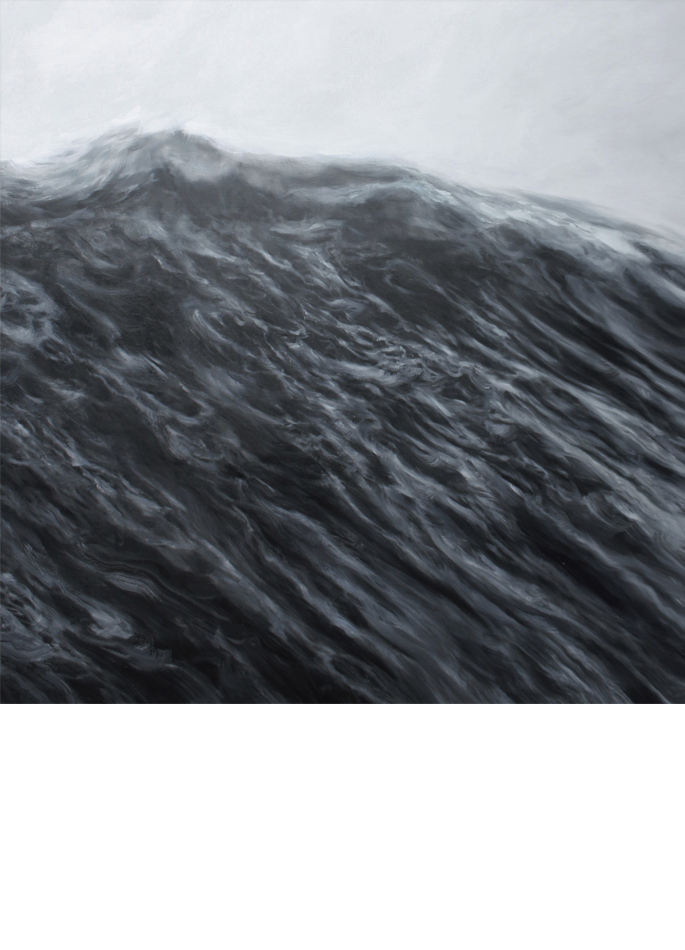 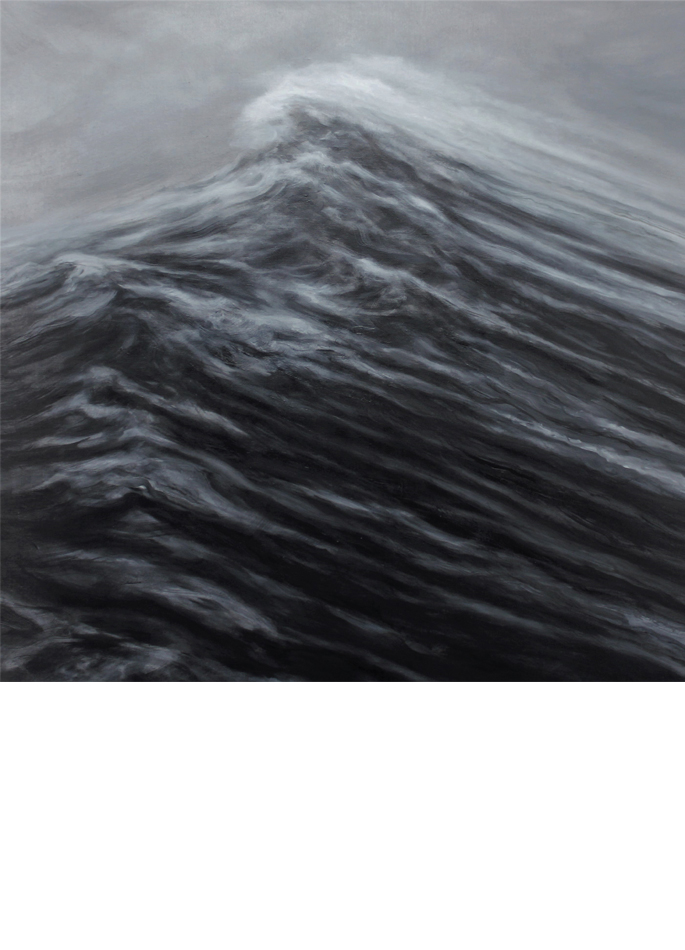 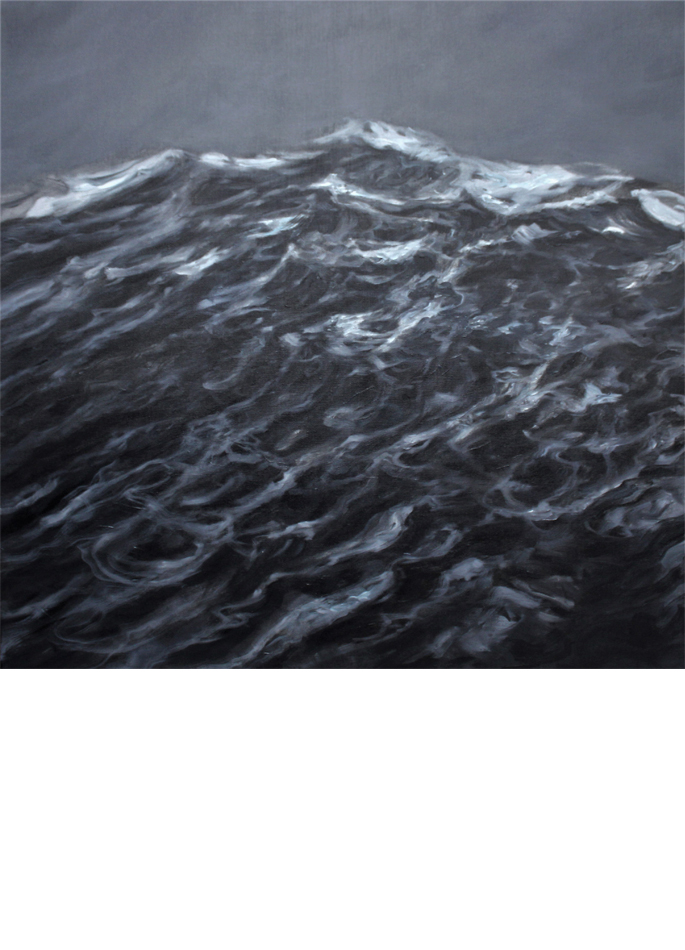 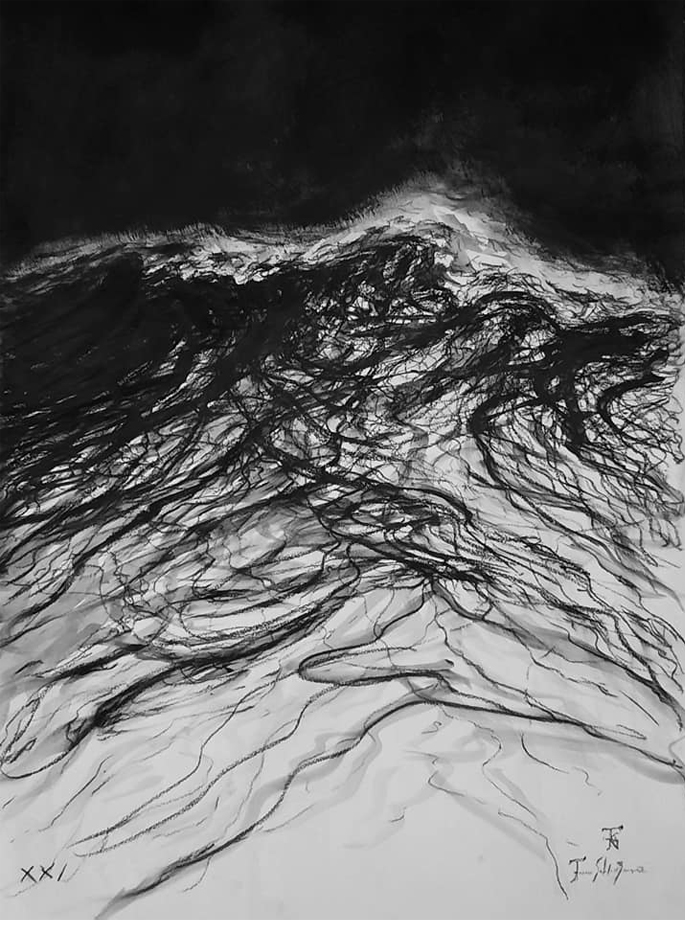 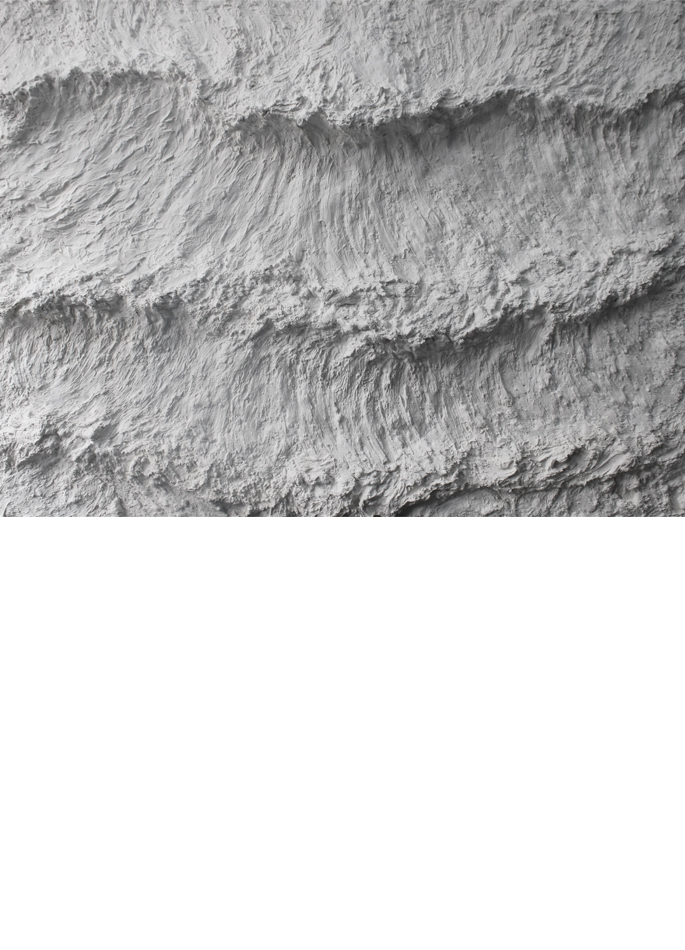 The Walk of Swells 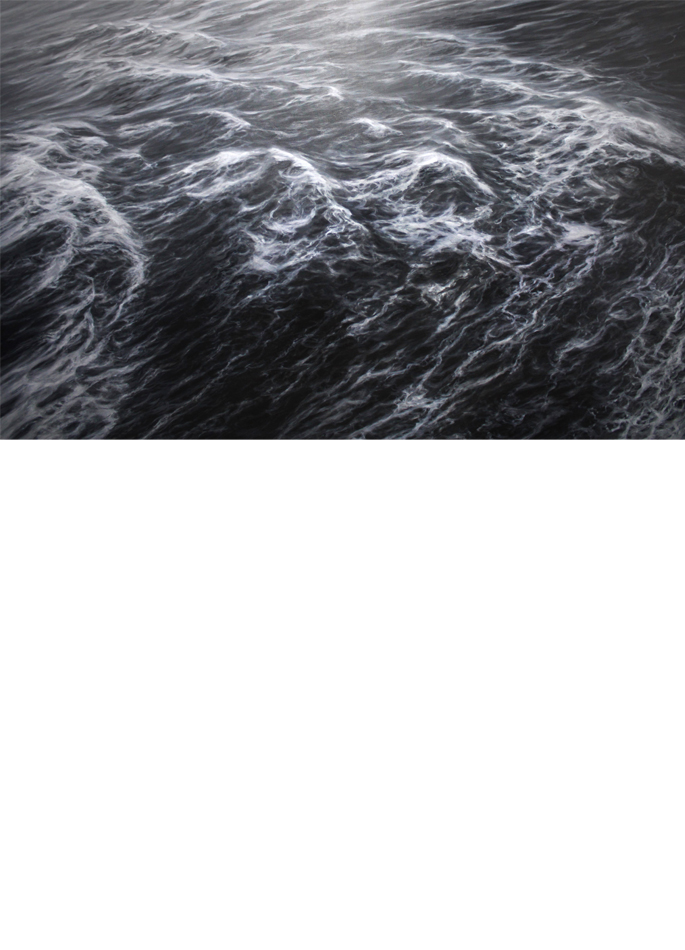 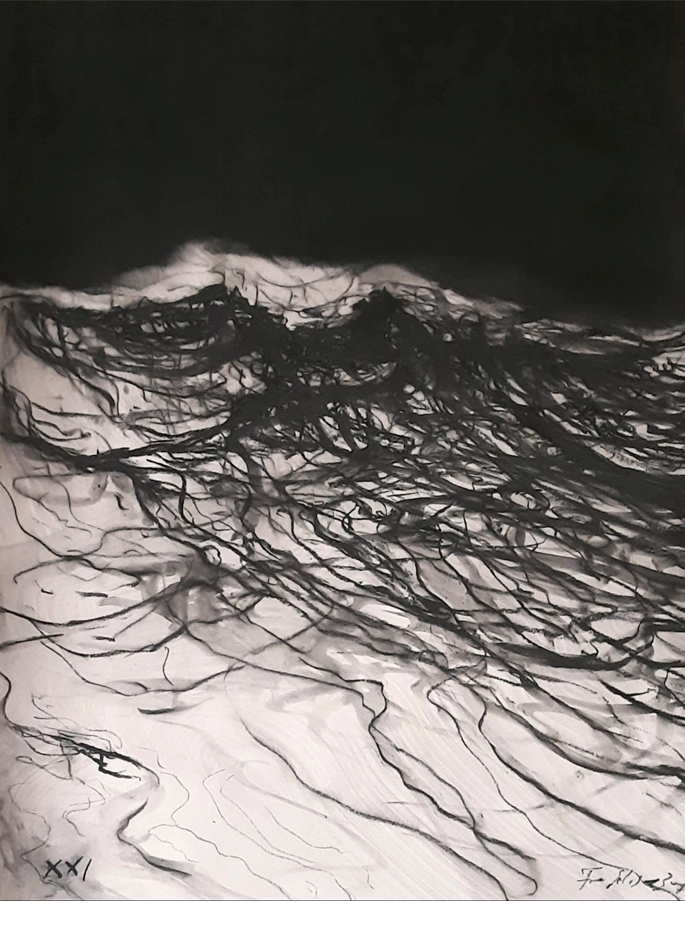 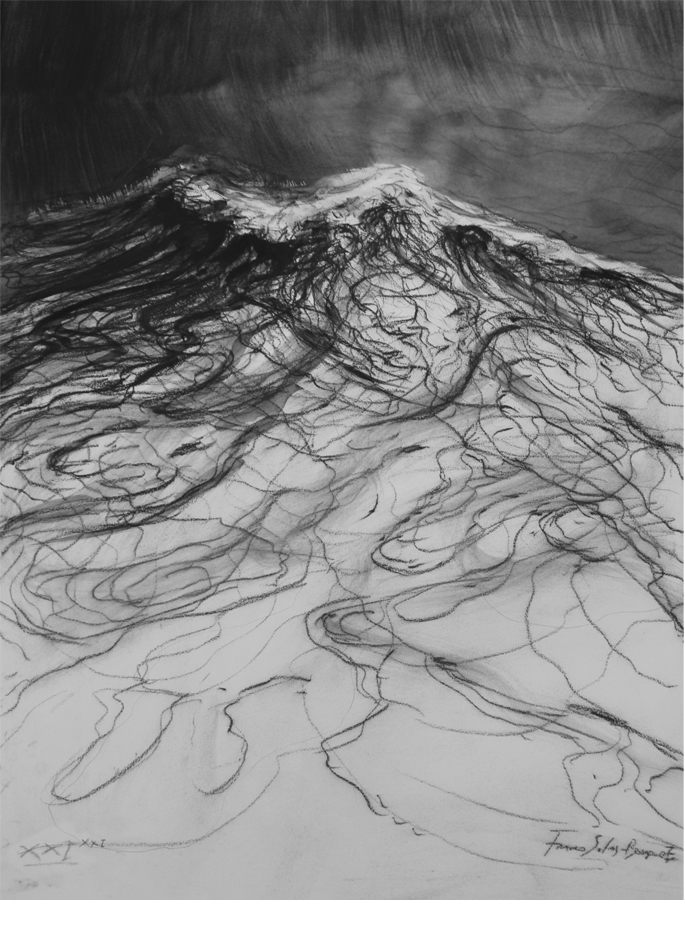 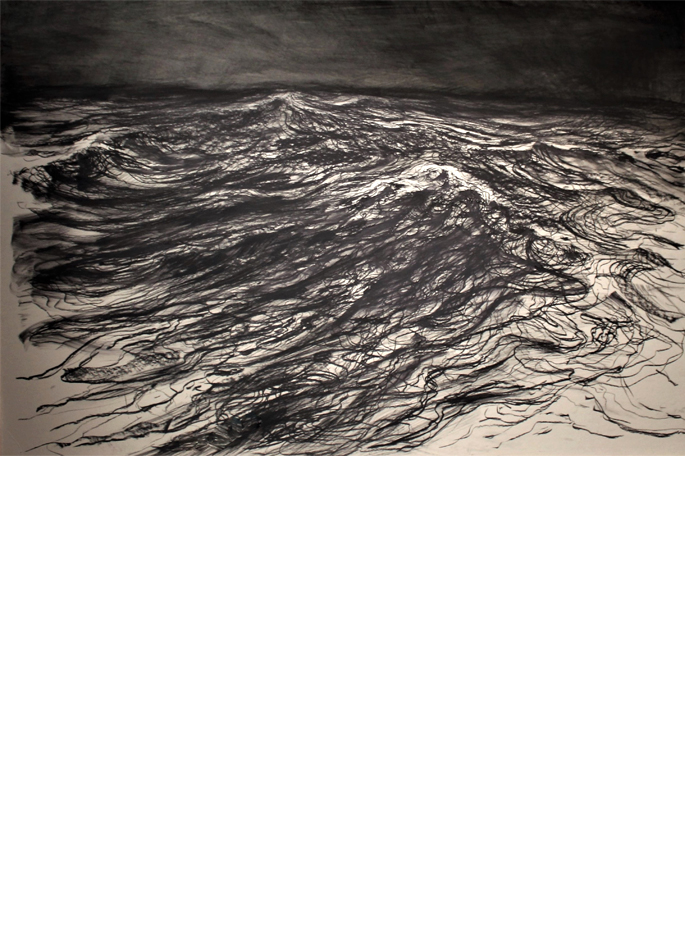 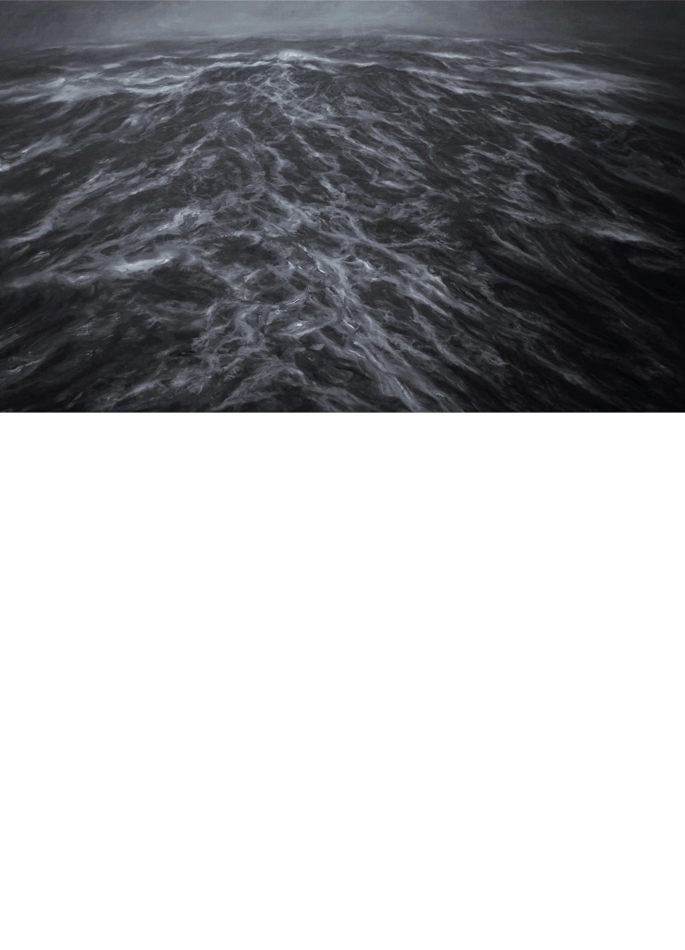 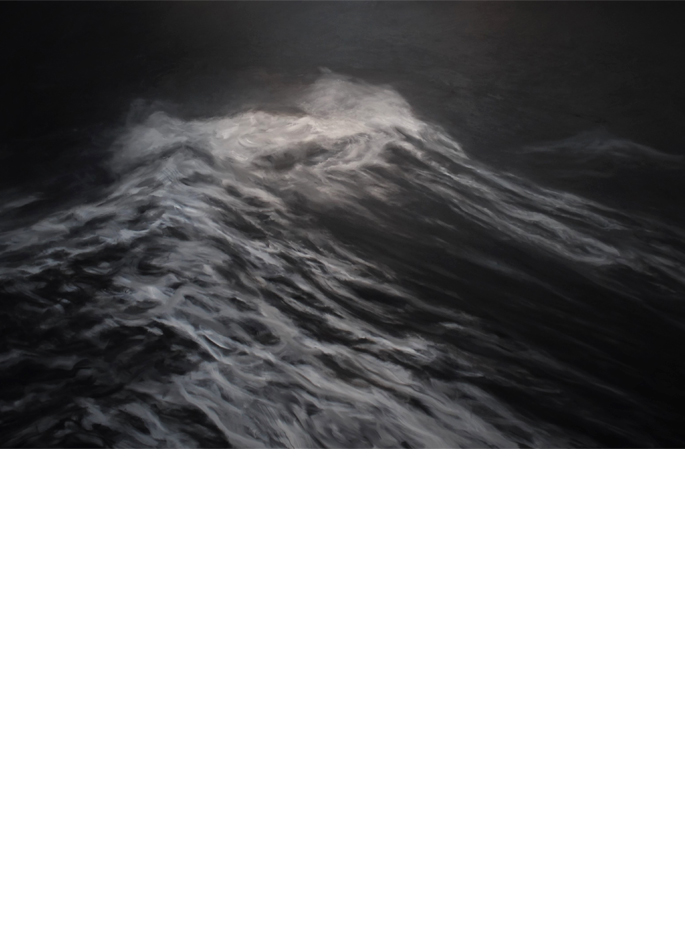